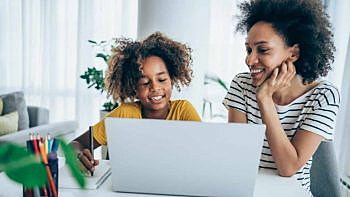 (Daily Montanan) Education officials in Montana this week pushed back on some of the changes the Office of Public Instruction has proposed to teacher licensing requirements and asked the Board of Public Education not to sacrifice the quality over quantity.

“We don’t want today’s decisions to create future conditions where students in Montana are taught by ill-prepared teachers who aren’t equipped to teach and stay true to the profession,” said Tricia Seifert, manager. from the Department of Education at Montana State University, reading prepared remarks. .

Seifert offered extensive commentary and research data on behalf of Montana’s Council of Deans of Education representing 10 campuses in the state.

Seifert was among educators and members of the public who spoke Thursday at a hearing on proposed changes to the rules that govern educator licensing, or Chapter 57. The update takes place every five years, and some of this year’s proposals are intended to help address a critical teacher shortage in Montana.

In a news release Thursday about the recommended revisions, OPI said vacancies in Montana classrooms jumped 19% from last school year to this one in areas including math and education. special education. The OPI also noted that over the past five years, the number of teachers unlicensed through emergency clearances has increased by 90%.

Although Montana is experiencing a teacher shortage, Superintendent of Public Instruction Elsie Arntzen and members of the public who spoke at the hearing disagreed on some of the ways to address the issue. Those who commented expressed concern about the removal of a credentialing standard, the removal of requirements for years of teaching experience for licensing, and the rapid pace of sweeping change.

But in a statement provided by OPI, Arntzen said teachers are facing unprecedented pressures and “escalated mandates,” and that Montana needs to be flexible in hiring them: “Flexibility is required for to Recruit, Retain and Support Montana Teachers”.

In a public comment, Rep. Moffie Funk, D-Helena, thanked those who worked on the “monumental” changes, but she also said the deep scope of the proposed revisions to the quick timeline makes her nervous. She said she hoped it was possible to hit the pause button.

“The breadth and speed with which the proposed changes have been proposed makes me a little uncomfortable that they haven’t been explored with all the depth that would be appropriate,” said Funk, a Democrat from Helena.

Dennis Parman, head of the Montana Rural Education Association, said he and the other educational organizations he speaks on behalf of support the majority of the superintendent’s recommendations. However, he argued in favor of keeping certain requirements, such as years of teaching experience. In one case, for example, the OPI had recommended dropping the requirement for a bachelor’s degree in Montana from three years of education elsewhere to zero years.

Several members of the public also highlighted the need for “approved educator preparation programs” to continue to be defined as accredited. In other words, Montana should continue to ensure teachers coming from out of state adhere to standards here.

Morgen Alwell, of the University of Montana’s Phyllis J. Washington College of Education, said outdoor accredited prep programs are important because a high-quality education matters in Montana. However, she said she and her colleagues were also concerned about the shortage of teachers.

“We agree that there is still a lot of work to be done, but we are convinced that the solutions proposed in Chapter 57 and the changes to the licensing requirements to facilitate and ease the process of obtaining a license are missing. the underlying issues of teacher isolation. and low wages in rural areas,” Alwell said. “And we are ready to work hard and develop more networks to solve these problems.”

At least a few people said some of the proposed changes kept them awake at night. Stevie Schmitz, co-chair of the Montana Council of Deans of Education, said she was thinking about the educational needs of her grandchildren. But she said the problem is a lack of recruitment and a lack of respect for the profession, and she too said changes were coming quickly and in some cases not solving real challenges.

“We should never sacrifice quality for quantity,” Schmitz said.

McCall Flynn, executive director of the Council on Public Education, said the council will receive public comment until April 8 and will meet April 28 to consider revisions to Chapter 57. It will meet again in May and will review the final proposal.