Jocelyn Milner, who retires July 14, spent most of her 34-year UW-Madison career at Bascom Hall as part of the provost’s office. Photo: Bryce Richter

The documentary featured the pioneering microbiological work of Tom Brock, professor of bacteriology at UW-Madison, whose research at Yellowstone National Park revealed life thriving in extreme environments. Brock’s work so impressed Milner that she changed her major from food science to focus on microbiology. The film also put UW-Madison on its radar.

Later, after earning a doctorate in biochemistry from the University of Guelph, Milner accepted a postdoctoral research position at UW-Madison. And now, more than three decades later, Milner is retiring after a career that has moved from lab to campus leadership.

“Jocelyn has been indispensable to this campus in many ways during her distinguished career here,” said Karl Scholz, Acting Chancellor. “A number of key initiatives in academic affairs can be linked to work that Jocelyn helped lead or was closely associated with.”

Milner, vice-rector for academic affairs and director of academic planning and institutional research (APIR), announced in November that she would step away from day-to-day responsibilities and focus on a defined set of projects until her retirement in the summer of 2022. Her last day is July 14.

Milner, who grew up in suburban Toronto, was the first in her family to graduate from college. She excelled in science and, after earning a bachelor’s degree, received a prestigious scholarship from the National Science and Engineering Research Council of Canada to pursue graduate studies. Additional funding from the agency enabled her to pursue a postdoctoral fellowship at a university of her choice. That’s how she came to UW-Madison in 1988, joining the lab of Prof. M. Thomas Record and then the lab of Prof. Jo Handelsman. 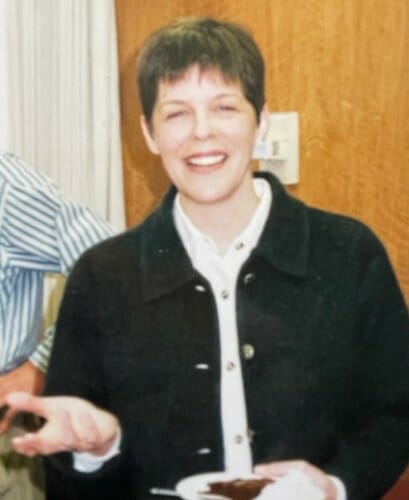 In late 1998, Jocelyn Milner left the Department of Plant Pathology to become an academic planner on campus. This photo was taken during his farewell evening to phytopathology. Photo added

Milner didn’t expect to stay longer than two years but put down roots after meeting her future husband, Mark Ediger, a chemistry teacher. Over time, his interests shifted from original research to management and administration.

“Management came naturally to me,” says Milner. “So I thought I should find a job where that was my goal – to help other people succeed.”

She joined APIR as an academic planner in 1999. The unit is known for providing data and analysis for decision support, for serving as an authoritative data resource for internal and external audiences, for the development and review of university policies, and for ideas and innovations that provide critical oversight and progress related to campus academic infrastructure.

Milner remembers interviewing for the job with John Wiley, provost at the time.

“He said, ‘We just put all this effort into training you as a woman in science. Why would we hire you into administration? I told him that the training was not wasted, that the same skill set – that same discovery mindset – goes well anywhere and that I would use the same analytical and critical thinking skills in a role of academic planner.

Rise as a leader

Milner succeeded Martha Casey as director of APIR in 2003 and became vice president of academic affairs in 2016. In these roles, she was a leader in the areas of accreditation, compliance, policy academic and institutional research – not the most high-profile topics, but crucial to ensuring the quality and integrity of a university.

“The breadth of his knowledge cannot be overstated,” says Jeffrey S. Russell, vice provost for lifelong learning and dean of the Division of Continuing Studies.

Milner’s support, he says, has been invaluable in expanding the summer semester, expanding professional degrees and certificates, creating the online undergraduate degree program, reducing the time to complete a degree for undergraduates and support diversity, equity and inclusion efforts.

“She did this by having great data literacy and establishing a baseline for where we are today and helping to create strategies for moving forward in priority areas,” says Russell. “Her skills, coupled with her service-oriented disposition, made her very efficient and a pleasure to work with.”

Linda D. Scott, dean of the School of Nursing, says she appreciated Milner’s ability to “seem to open a filing cabinet in her head.”

“She knows the policies, procedures, people, stakeholders and more, which benefits all the projects she manages and the people she works with,” says Scott. “Furthermore, she possesses a graceful balance of strategic thinking and planning coupled with a collaborative spirit that she uses to help others operationalize and implement programming recommendations. All of this is complemented by his wonderful sense of humor and approachability.

Scott Owczarek, the university’s registrar, worked closely with Milner to implement Lumen, the university’s academic and curriculum management platform. His leadership on this issue will have a lasting impact on the university and is a true sign of his legacy, he says.

“Jocelyn’s high-level approach, attention to detail, passion for accurately representing data, and commitment to creating a holistic view of the breadth and depth of academic programs have been essential to the development of this entity. for the benefit of the students and our university,” he says. 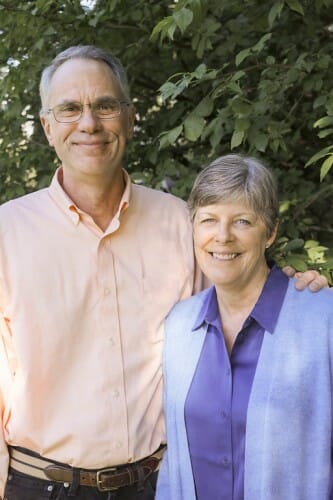 Milner says she’s most proud of the work she’s done to help improve graduation rates and reduce the average time to degree for undergraduates – metrics that have never been better at UW–Madison. Other career highlights, she says, include being at the forefront of a national effort to track the economic progress of university graduates and to strengthen and expand the role of APIR.

“There is great satisfaction in leaving the activities of APIR in a position of strength and in having assembled a highly competent team that will serve the institution well,” she says.

In retirement, Milner will continue to act as a peer reviewer for the Higher Learning Commission, a position that helps assess institutions for compliance with accreditation requirements.

As for Brock, Milner never met his hero. (He retired in 1990 and passed away in 2021.) However, several years ago Brock called APIR with a data question and Milner was able to tell him about the impact it had on his career. .

“It was a looping moment,” she says. “It’s an example of what has been a daily joy in my career at UW-Madison. I’ve had the opportunity to connect with all of these amazing and talented people — colleagues, scholars, and students — who are driven through curiosity and the pursuit of excellence.It has been a privilege to contribute to the success of the university and the entire higher education enterprise over the years.