The Kentucky Board of Education (KBE) has named Leon Mooneyhan, CEO of the Ohio Valley Educational Cooperative (OVEC), and Brigitte Blom, President and CEO of the Prichard Committee for Academic Excellence, as the 2022 recipients of the Karem Award for Excellence in education policy.

The award, named after former KBE member David Karem, honors a Kentucky policy maker, education leader or citizen who has made notable contributions at the state level to improving the Kentucky public education system.

“What a delight. What a special occasion this morning to pay tribute to whom the honor is due,” said KDE Chairman Lu S. Young. “The Senator David Karem Award is alive and well with these two incredible recipients .”

During her 53-year career in public education, early childhood education has been one of Mooneyhan’s greatest public policy passions, said her nominator, Alicia Sells.

“The time he volunteers to organize and facilitate meetings speaks directly to his belief that positive, deliberative engagement in the legislative process will increase educational opportunities for students in Kentucky’s public schools,” said said Sells. 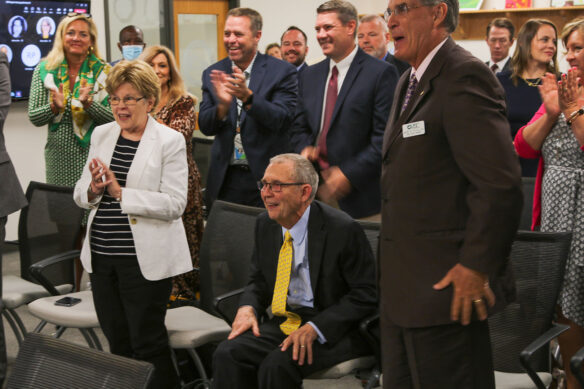 Mooneyhan has also worked on regulatory review and development as Chairman of the KDE Local Superintendents Advisory Board and as Chairman of KASA and KASS.

During his tenure as Shelby County Schools Superintendent, he embraced KDE’s Minority Superintendent Internship Program at a time when no African American had served as superintendent of a public school district in Kentucky.

He has significantly expanded OVEC’s leadership of Head Start in co-op school districts. In 2019, the US Department of Health and Human Services selected OVEC as the new operator for Head Start in Jefferson County after children in the community had not accessed Head Start services for over three years. In 2015, he oversaw OVEC’s development of Kentucky’s first Early Childhood Educator Leadership Academy under the Commonwealth’s Race-to-the-Top Early Learning Challenge grant.

Mooneyhan’s civic involvement also focused on children in Kentucky. Among the many organizations he has served as a board member for include Metro United Way’s Community Impact Cabinet, which directs funds to areas most in need for families and children, and as President of the Kentucky Court Appointed Board of Special Advocates.

“In September I am retiring after 53 years as an educator,” he said. “I have known several past winners well, including Blake Haselton and Terry Holliday. To be recognized alongside them seems to me to be the cornerstone of my career in education.

Under Blom’s leadership, the Prichard Committee rallied for all Kentucky students by devising a “Big Bold Ask” – a six-year investment plan to increase education funding by $1 billion by 2026, said its proponent, Wynn Radford.

The Big Bold Ask supports strategic, measurable outcomes in three areas of education: early childhood, K-12, and post-secondary education. The General Assembly met the Big Bold Ask during the last biennium. She continues to call on lawmakers to respond to the Big Bold Ask in the 2023-2024 biennium. 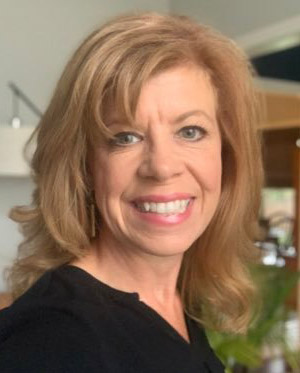 “When I got the call telling me I was getting the David Karem award, I was so surprised. I didn’t even know I had been nominated,” Blom said. “I got the big honor and pleasure to serve on the Kentucky Board of Education with David. Being honored on his behalf makes receiving this award even more special.

Two years ago, the Prichard Committee issued a call to action for racial equity and justice. In the statement, Blom expressed his commitment to redouble his efforts for a long-standing call for greater equity in education outcomes and greater systemic and community accountability for each student’s progress.

“She continues to press policy makers to invest in adequate and equitable education – from early childhood through postsecondary – and in an accountability system that ensures every student in Kentucky has the opportunities and supports needed to achieve and exceed its potential,” Radford said.

In addition to her legislative advocacy, she established the Prichard Committee Education Fellows, which consists of Kentucky teachers who engage with Prichard to launch strategic initiatives designed for local improvement with education at the heart, and to transform the educational priorities identified by teachers into reality in the classroom. across the state. Fellows publish an annual Kentucky Teachers Letter each fall, confirming committee priorities and making recommendations for action.

“She believes that the power of legislation should seek to improve educational outcomes for Kentuckians of all backgrounds. Kentucky must support our educators with respect and resources that support their abilities to provide a learning environment rich in inquiry, deep in understanding, and in honor of every learner in Kentucky classrooms,” Radford said. .

In 2019, Blom was recognized as one of Kentucky’s 50 Notable Women in Politics and Government by the Kentucky Gazette. In 2018, under his leadership, the Prichard Committee received the 24th Annual Dr. Martin Luther King, Jr. Award from the Alpha Phi Alpha Fraternity Inc.

“Education is one of the few things that can improve an individual’s life and that of their family in a lasting way,” Blom said. “We all have a role to play in promoting good educational outcomes, from community and business voice to local school and district, to state policy. I have been fortunate to have played a role at all of these levels over the years.

“Day in and day out, for me, it’s about doing my part to make sure we build on the progress that has been made in education over the past 30 years, paying tribute to these leaders, like David , which put Kentucky on the path to improvement. Every day is about living up to their legacy and ensuring continued positive progress. Kentuckians deserve nothing less.

Karem served on the KBE from 2009 to 2016 and then from December 2019 to April 2020. He served for 33 years in the Kentucky State Senate and as chairman of the Senate Education Committee. During his tenure in the Kentucky General Assembly, Karem championed the passage of the Kentucky Education Reform Act (KERA) and led efforts for the 4% school tax levied by school districts.

“The honor is, for me, that these two people have accepted the award because they are two people that I have enormous respect for,” Karem said during the presentation.

This article originally appeared in Kentucky Teacher, a publication of the Kentucky Department of Education