5 life and innovation hacks from a cadet inventor

Cadet First Class Grant Schlichting, a senior at the United States Air Force Academy, holds a patent pending for a device that will change the way we fight the wars to come.

Schlichting is the creator of the Aerial Tow Rehookup (ATR), an invention with a provisional patent with the US Patent and Trademark Office. ATR involves the use of a military cargo plane to tow multiple aircraft at any given time, from the smallest of unmanned drones to much heavier fighter jets. It has the potential to serve as a long range extender in and out of strategically hard to reach areas. The ATR will increase aircraft range and loiter time, while reducing logistical burdens on the fleet.

Schlichting’s invention just won Spark Tank on March 4, 2022. Spark Tank is an annual Air Force-wide innovation competition, where Schlichting pitched his invention to both high-ranking military officials and private industry leaders. He was also awarded the prestigious STAMP Fellowship, which enabled him to obtain more funding for his research.

Col. Christopher McClernon, associate dean of research at the Academy and one of Schlichting’s faculty mentors, cites the ATR as a “great example of learning from the past to solve future combat problems.” It’s ideas like this, combined with our cadets’ relentless desire to innovate, that make the USAFA a truly unique fielding source. 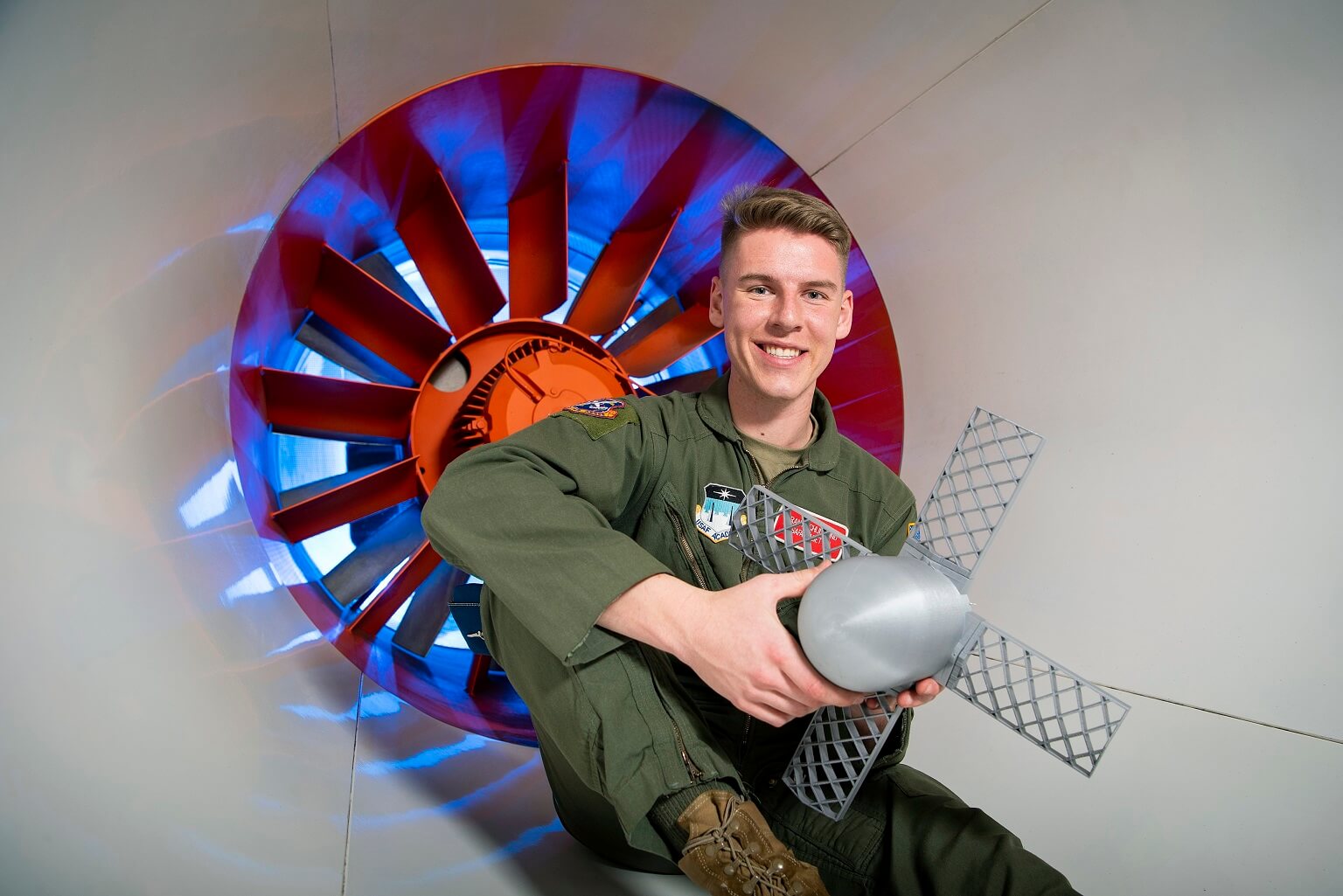 Cadet Schlichting is the inventor of the aerial towing rehookup, an idea born out of troop and cargo missions during World War II.

1. Don’t go it alone…find mentors.
A senior cadet mentor encouraged Schlichting to pursue STEM-focused studies, and he was hooked after taking an introductory course in aeronautical engineering. Schlichting credits much of his success to the passionate instructors in the aeronautics department, who spent their free time helping him cultivate his ideas. He notes, “They care a lot about your growth, not only there in the lab, but I reach out to my teachers when I’m fighting because they’re more than just teachers to me, they’re mentors. .”

2. You’ll often hear “no”, and that’s completely normal.
Rejection is part of the process. Schlichting knew his idea had potential, and that hearing “no” only meant he needed time to refine it and find the right path for its development. In a world where technologies are constantly emerging, he believes successful innovation requires the right people who make space for your ideas, the kind of dedicated people who will work with you to make the idea the best it can be. “The more interconnection,” says Schlichting, “the better the solution.” After a series of initial rejections, the ATR is now an object of special interest to Air Force Chief of Staff General Charles Q. Brown.

3. You are the sum of your academic experiences, so make them count.
Schlichting admits to struggling academically in her first two semesters. He took advantage of the Academy’s strong supplemental instructional program and got help at the Quantitative Research Center. He also took a technical writing course to strengthen his patent writing. Additionally, Schlichting does not take the Academy’s challenging and transformative core courses for granted. He believes the core curriculum – lessons in military strategy, history and aeronautical engineering – honed his design thinking skills and his ability to tie multiple ideas together into a single solution.

4. Work smarter, not harder.
Ideas don’t have to be started from scratch to be great and can be reborn with advances in technology. Schlichting’s initial idea for the ATR came from the World War II C-47 Skytrain, which carried troops and gliders in the European and Pacific theaters. In 1998, NASA’s Dryden Eclipse program towed a delta-wing aircraft on the back of a C-141A transporter. In 2021, Dynetics’ Gremlin program used a C-130 as an airborne aircraft carrier that was successful in recovering unmanned aerial vehicles mid-flight. Essentially, Schlichting took concepts from these ideas to create something new – the first transformation of a powered aircraft into a towed glider, in full flight.

5. Sometimes it will seem impossible, but remember why you are doing it.
The patenting process took two years – half of his career as a cadet – and will continue even after graduation. Schlichting is amazed at the obstacles he has overcome and the achievement of having a patent pending. “Humbling”, is the only word he uses to define this experience so far. Schlichting hopes that one day his invention will be used for a myriad of additional civilian and military uses, such as aerial recharging, supersonic towing, space launch and humanitarian disaster relief. “The only thing I want is for my idea to have value,” he says. “I don’t want accolades, I don’t need extra money. I just want to see something that I came up with be of value to the Air Force and things to come.

Cadet Schlichting will graduate from the Air Force Academy this year with a degree in aeronautical engineering. After graduation, he will enter pilot training and continue testing with the Aerial Tow Rehookup.

Learn about the glider program at the Air Force Academy.